The Friends of the National World War II Memorial invites you to join us as we pay tribute to the Greatest Generation at the National World War II Memorial in Washington, DC on Friday, September 2nd at 11:00 a.m. The ceremony will commemorate the 77th anniversary of the Allied Forces Victory in the Pacific and the end of World War II. It will also celebrate the spirit of unity of the American people during this pivotal moment in our nation's history and give recognition to all World War II veterans, especially those who fought in the Pacific Theater during the war, as well as all those who served on the home front.
‍
As part of the commemoration, World War II veterans will place wreaths at the WWII Memorial's Freedom Wall in remembrance of the more than 400,000 Americans and 60 million people killed worldwide during the deadliest military conflict in human history. 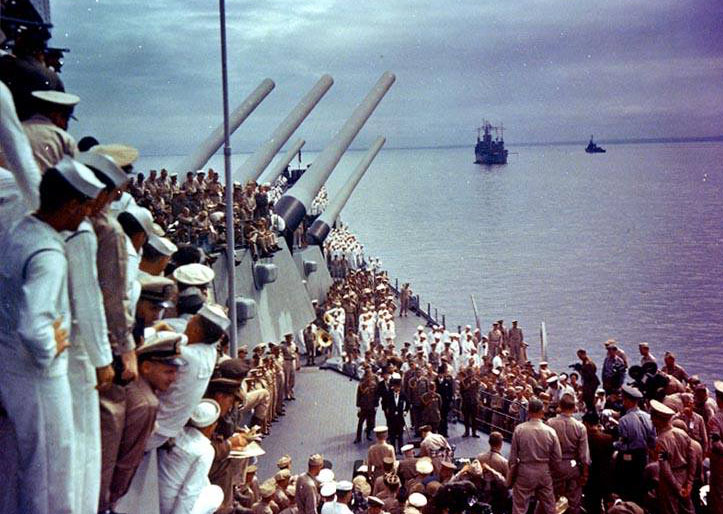 Register for this event

Thank you! Your submission has been received!
Oops! Something went wrong while submitting the form.