Lt Col A. R. Deptula was born 4 Jan 1921 in Cleveland, Ohio.  He graduated from Fenn College in April 1943 with a Bachelor of Science Degree in Structural Engineering.  After college he joined the Army as an aviation cadet.

In May 1944, he was commissioned a 2nd Lieutenant in the Army Air Forces, working as an aircraft maintenance officer on B-24 aircraft at Dale Mabry Air Base, Tennessee, and Chatham Air Base, Georgia.  Reassigned to the Corps of Engineers, he was sent to Florida for training with an Aviation Engineer Battalion in airfield construction and repair.

In early 1945 he shipped out to the Pacific theater with assignments at Tinian Island, Saipan, and Kadena airbase on Okinawa.  His efforts there involved preparation for the invasion of mainland Japan—construction and repair of airfields.  After a period of time on Okinawa he was reassigned to the Army Air Forces and became a maintenance officer on B-29 aircraft until Japan’s surrender on 2 Sept 1945.

After the war he returned to Cleveland, remained as a reserve officer in the Army Air Forces, and was offered a position as an assistant professor at Fenn College.  With the beginning of the Korean War in 1950 he volunteered to reenter active duty in the U.S. Air Force, and began a career in research and development.  He earned his Master of Science degree in aeronautical engineering from the University of Minnesota in 1953.

In the mid-1950’s he participated in nuclear weapons testing and determination of the effects of those weapons.  He then was assigned to the Pentagon at Headquarters U.S. Air Force.  In 1960, he moved to the Air Force Special Weapons Center at Kirtland AFB, New Mexico followed by the Defense Atomic Support Agency, Sandia Base.  He was selected by the Air Force Institute of Technology to conduct postgraduate study at the Univ. of Tennessee Space Institute, followed by an assignment to the Air Force Office of Aerospace Research, Rosslyn Va.  I

n 1970 he was assigned to Air Force Systems Command headquarters at Andrews AFB, Maryland, and in 1972 his next assignment was to the Air Systems Division, Wright-Patterson AFB, Ohio where he designed future aircraft.  He retired from the Air Force in Dec 1976 after 34 years of reserve and active duty.

His post military career activities involved renewing his private pilot certificate, obtaining a commercial pilot certification, and an instrument rating.  He then began working on aircraft structural testing with Systems Research Laboratories, Inc. in Dayton, Ohio in 1978.  He was active in the Dayton Professional Engineering Society and the Dayton Affiliate Societies Council, both of which he was elected to head.  He retired in 1990 and was active flying with the Civil Air Patrol.

He and his wife Eugenia moved to Niceville, Florida in 1996.  Alfred became active with the Knights of Columbus in 1998 and was elected Grand Knight of Council 7667, Niceville, FL for 2000-2001.  From 2003 to the present he has resided with his only son David, and Daughter-in-law Dianna, and enjoys reading, and spending time with his family and grandchildren. 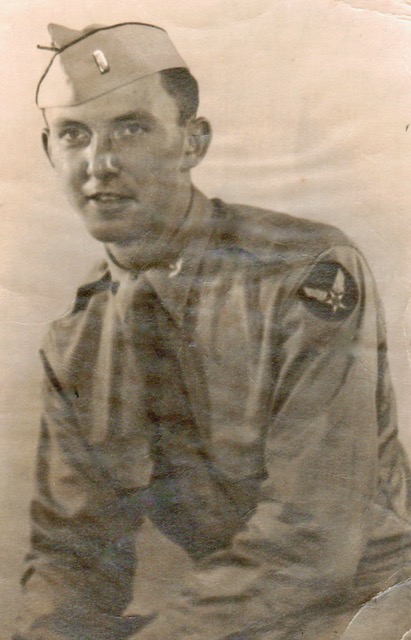