Elmer M. ‘Mel’ Cook was a fourth class chief warrant officer for the U.S. Army. He served from January 5, 1945 to November 29, 1946 and November 30, 1950 to February 28, 1980. Cook served for 32 years in the U.S. Army through three wars (WWII, Korea, and Vietnam), beginning as a private and retiring as Chief Warrant Officer. Some of his assignments included the fields of finance, intelligence, administration, personnel, parachuting, attaché, and aviation. Cook’s career culminated in induction into the Army Aviation Hall of Fame in April 1980 and the return to Vietnam as part of a presidential delegation in November 2000. 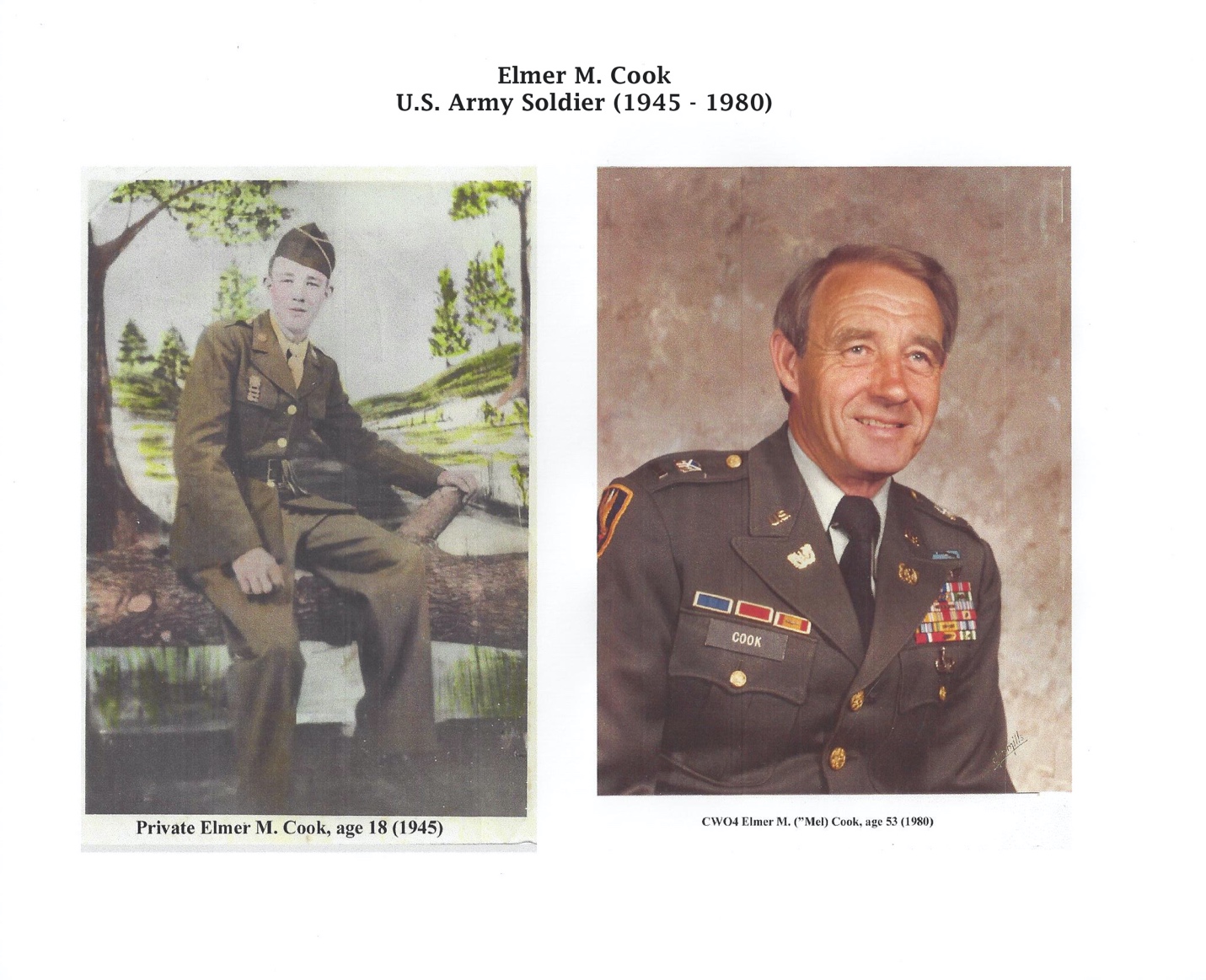