Helena (McCowen) Rodgaard was born on February 24, 1923 to a serving soldier in the British Army, who at the time had 19 years of service, to include being a survivor of the Great War. Shortly after her birth, her father, mother and older brother were sent to Germany. Her father served in Germany with the British Army occupation until his retirement in 1926.

Upon return to the United Kingdom, Miss McCowen lived in a seaport town north of London, King’s Lynn. When the Second World War broke out, she was 16 years old and working as a jeweler’s assistant. Due to the war, the jewelry trade dried up and Miss McCowen obtained a job building Spitfires, between 1940-1942.

In 1942, Miss McCowen decided to join up and she enlisted in the Auxiliary Territorial Service (ATS) (comparable to the US Army WACs) of the British Army. Over the next four years, Miss McCowen served with the British Army’s Royal Artillery anti-aircraft artillery (AAA) batteries as a driver. She became a proficient driver of British Army vehicles, ranging from Jeeps to 8 Ton Morris Trucks.

Her service took her to Belfast, Northern Ireland and to two AAA batteries. Whilst assigned to these AAA batteries; one on the English southern coast and one west of London, Miss McCowen saw combat as this battery engaged Luftwaffe bombers attempting bomb Portsmouth, the major naval base of the Royal Navy. With the London-based battery, she witnessed the battery engaging numerous V-1 Vengeance flying bomb rockets (the world’s first cruise missile) attempting to strike the greater London area.

With the end of the war in Europe, Miss McCowen was transferred to the Royal Army Service Corps as a driver. Her duties included driving officers to various appointments, transshipping stores between army bases, as well as transporting former German prisoners of war (POW) to British seaports to be sent back to Germany.

In April 1946, Miss McCowen was honorably discharged from the ATS of the British Army and returned to her profession as a jeweler’s assistant. Late in 1946, she flew to the United States to marry Mr. Arnold Rodgaard, who she met when he was stationed in Britain. She and her husband raised two sons who are both veterans of the US Armed Forces; one US Army, while the second was a career naval officer.

Mrs. Rodgaard was 96 years old in February 2019. She now resides at the Heatherwood Retirement Community in Burke, Virginia. 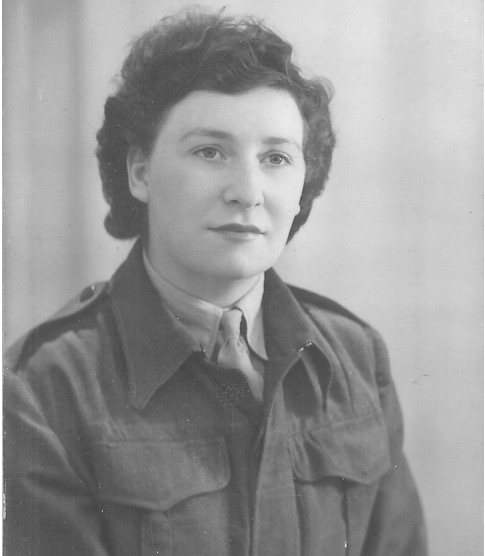