Mr. Zeitchik was born in Linden, New Jersey and attended Linden High School. He grew up as a talented musician, playing several instruments in the school band. He was drafted to serve in the US Army in his senior year of high school, 1943, and was sent to England to prepare for D-Day.

He hit Utah Beach in the first wave on June 6, 1944. He survived to liberate Paris, fight in the Battle of Hurtgen Forest and the Battle of the Bulge, and finally liberate the concentration camp at Dachau. He was proud of his role in preserving freedom across the world.

Shortly after returning home, Mr. Zeitchik met a young woman named Janet and immediately asked her to dance. They fell madly in love and were happily married for 70 years.

Mr. Zeitchik joined the Special Police of the District of Columbia and served with distinction among ambassadors, royals, and world leaders. He was named a Knight of the Legion of Honor at the French Embassy in 2010. In 2014, he collected his diploma from Linden High School, and in 2018, he was honored at the State of the Union address.

Mr. Zeitchik was a wonderful Friend of the National World War II Memorial. He participated in countless commemorative events and was incredibly generous with his time, wisdom, and stories, especially with teachers and students. He was a strong, friendly, inspiring, irreplaceable man.

His beloved wife of nearly 70 years, Janet Greenberg Zeitchik, passed away in 2022. They are survived by three children, four grandchildren, and four great-grandchildren. We are proud to honor his life and his family. 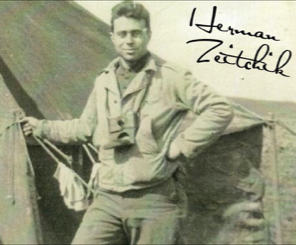