At 19, he served as a waist gunner with the United States Army Air Forces' "Mighty Eighth" in the 381st Bomb Group, 535th Bomb Squadron on a B-17 Flying Fortress from 1943-1945. He completed 25 bombing missions over Western Europe. He was the last living member of his 10-man bomber crew.

Dr. Goldstein was a special gentleman and a great friend to our organization and staff.

He was a kind and gracious man who shared his wisdom and stories with countless members of younger generations.

He will be greatly missed. 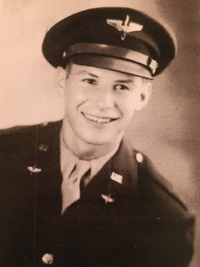