Melvin James was born and raised in Joliet, Illinois. There he met his beloved wife, Margarette, and there they were married in 1942.

After the war, he returned to Joliet and to Margarette. Five children were born of this union before he passed away in 1973. He leaves behind a strong legacy and a loving family. We remember him. 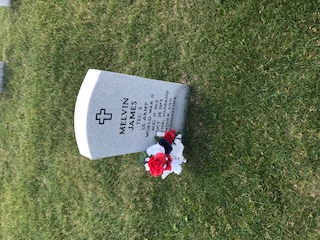