R. J Pepin enlisted in the United States Army Air Corps on May 1st, 1941 when he was seventeen years old. He graduated from high school, turned eighteen on July 4th, and was sworn into the military on July 17th. He was ordered to report to Fort Devans, Massachusetts and then was sent to Basic Training Camp in Greensboro, North Carolina. His training began at 5 AM and ended at 9 PM, six days a week for two months. He learned how to shoot a rifle and do kitchen patrol. One day during basic training, he met a woman named Betty who swept him off his feet.

After completing basic training, he was ordered to attend United States Army Air Corps Cadet school at Michigan State College in Lansing, Michigan. At 5 AM they would have roll call, breakfast at 7 AM, classes from 8 AM to 5 PM, and then study hours until 10 PM. Saturday morning inspections were brutal. If you got a demerit during the inspection, you could work it off by marching around the tennis courts for fifty minutes dressed in full field pack and rifle. The percentage of demerit free cadets was very low. Once a week he would take a three-hour lesson in flying a Piper Cub aircraft.

Graduation was just before Christmas and he got orders to report to San Antonio, Texas for testing and evaluation. Testing included sight, hearing, coordination, stamina, math, physics, reasoning abilities and a rigid physical. He qualified for all three positions and chose Navigation school because of immediate acceptance. He arrived at San Marcos Air Force Base to begin his schooling in navigation. During a weekend trip to San Antonio, he met Billie-Jo and she would play the piano for him. Many of the flights he took extended into New Mexico and Arizona and they learned navigation systems like Dead Reckoning, Visual, Loran, and Celestial.

In May of 1944, the Air Corps issued the B-12. A month before graduation, the Army issued out a clothing voucher of $300. On July 31, 1944, he earned his navigators’ wings and was commissioned a Second Lieutenant in the US Army Air Corps. He was ordered to report to March Air Force Base in San Bernardino, California. Here, he was assigned to a permanent aircraft bomber crew which consisted of ten men, four officers, and six enlisted men. Him and his crew were assigned to brand new Consolidated B-24 Liberator bombers, better known as “Flying Box Cars”.

After two months of training, they received orders to join the war. Their tour of duty was in Europe. They took a train from California to Newport News, Virginia and then boarded a Liberty ship that took them to Tunis, Africa. They disembarked in Tunis and boarded a British luxury liner headed for Naples, Italy. After spending a few days in Naples, they took a cattle car train to Foggia, Italy which would be their final destination.

He was assigned to the 15th Air Force, 304th Bombardment Wing, 741st Bomb Squadron, 445th Bomb Group at an airfield near a town called Cerignola which was about eighteen miles south of Foggia. His 15th Air Force had 854 B-24 bombers with 24 airfields around the Foggia area, one group per airfield. They celebrated Christmas by singing carols in the mess hall and exchanged gifts. The 15th Air Force participated in the Ploiesti Oil Fields in Romania in which the Germans lost the Romanian oil production and the 15th Air Force lost a high percentage of planes and men. On March 25, 1945, he was promoted to the rank of First Lieutenant and was awarded the Air Medal and Presidential Citation. Him and his crew were ordered to take ten days of R & R on the Isle of Capri after a bomb destroyed a village a few miles from the city of Station, Austria.

On his first several missions, he had to parachute out of a plane from 3,000 feet and experience his plane exploding as it was heading to touch down. His crew flew several more successful missions and on May 8, 1945, Germany surrendered. In total he flew 24 dangerous combat missions and had escaped any type of injury. On the flight home, they encountered a sandstorm and his position indicated that they had strong tail wind and they continued on to Dakar. He also experienced a terrible storm in which he says, “The storm described above were the worst conditions ever encountered in all of my flying experiences.”

He returned home at a military airfield in San Juan on July 4, 1945, his twentieth birthday. He was assigned to the Third Air Force in Tampa, Florida and waited for orders for duty in the far eastern theater of operation. The atom bombs were dropped on Japan and on August 14, 1945 Japan surrendered. For two months he awaited discharge orders. On October 31, 1945 he received his separation notice and took a plane to Quonset Point, Rhode Island.

Mr. Pepin joined the Air Force Reserves shortly after returning home. He enrolled at Brown University under the GI Educational Bill and became a chemical engineer, but later dropped out. He met Doris Martin while visiting his aunt and he proposed to her and got married on September 1, 1947. They had their first-born child on September 26, 1949. In early July, he received a telegram to report to Fort Devan’s, Massachusetts and to be induced in the United States Air Force no later than July 17, 1950. He was assigned to Westover Air Force Base in Holyoke, Massachusetts which was a MATS (Military Air Transport Service) base. He began to fly as a navigator all around the world and went to places like Germany, England, and France. He flew on a search trip with his father on a C-97 looking for a crew of five who were reported missing on a flight to Germany.

In November of 1951, he received orders that he was assigned to Masawa Air Force Base in northern Japan. He was told he would be flying air-sea rescue missions in PBY float planes. He was then assigned as an Air Police Officer and commanded four hundred Japanese guards who guarded the perimeter of the base. His next assignment was to navigate in the nose of a B-25 bomber and fly reconnaissance around Vladivostok, Russia to take pictures of Russian ships running supplies to North Korea. He was later flown to Tokyo, boarded a ship to San Francisco and was processed out of Hamilton AFB on October 12, 1952 and went home to Providence, Rhode Island. 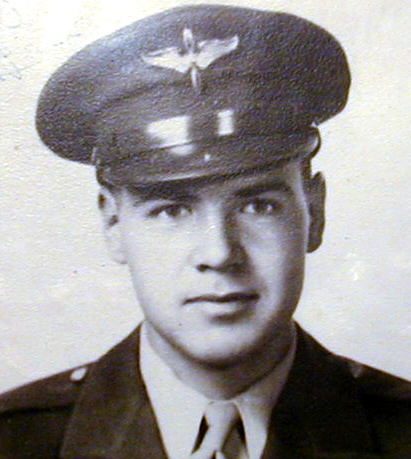