Samuel J. Preffer was born in Brooklyn NYC June 7, 1921 son of Phillip and Pauline Preffer [ne´e Gloger] and lived on 46th street with his mother, father and older brother Ben.  Both parents and Ben were from Horodenka which then was part of Poland, but presently part of Ukraine.  Phillip Preffer was a furrier and worked at his own business in the garment/fur district of Manhattan and both his sons helped with the business with Ben ultimately assuming full control of the business after his father ceased working.  Growing up in Brooklyn, Sam went to PS 131 elementary school on Ft Hamilton Parkway, PS 220 junior high on 9th Ave and then New Utrecht High School.   As a young man, Sam recalls knowing the boxer Max Baer, and the opera singer Richard Tucker, who prior to his singing career, worked as salesman selling coat linings to the Preffer fur company.

Pearl Harbor was attacked December 7, 1941, and over 2400 soldiers, sailors and civilians were killed.  Patriotic Americans rushed to enlist in the armed services.  After war was declared on Japan millions had to be drafted for duty. Also aware of the horrors his Jewish relatives were experiencing in Eastern Europe, Sam felt it was his duty to defend his country against fascism, so he enlisted in the Army in 1942. He started in Ft Dix N.J. which was his first camp destination and distinctly remembers leaving from Penn station to New Jersey to get there.  At that time, Sam was part of the Army Air Force, well before the USAF was formally established in 1947.   Details are sketchy but Sam remembers training variously at Camp Crowder in Missouri, then in California, then to Hickam Air Force base in Hawaii, and ultimately, he was in the Philippines.   Sam wanted to be an aircraft pilot and was accepted into a flight training program.  He attended flight school until the government suddenly stopped the pilot-training program he was in.  Sam then became a flight crew chief on twin engine Curtis C-46 Commando transports, which served throughout the Pacific war theater.  Sam trained for this role at the Buffalo NY Curtiss-Wright Air Company.   The C-46 was dubiously named the ‘flying coffin’ by their nervous crews, who feared the numerous unexplained fires and explosions sustained by these questionably designed aircraft. Sam distinctly remembers sadly a dear friend and fellow crew-chief who took a plane out instead of him, but never returned; that crew and plane was never recovered.

Sam was discharged from military service with a good conduct medal in 1947. Upon returning to civilian life, Sam was married on Sept 21 to Shirley Blatt and lived and worked professionally in NYC as an accountant for various companies and continued to work as bookkeeper for his brother Ben’s fur business.  Upon retirement, Sam and Shirley became ‘snow-birds’ living between NYC and Tamarac, FL.  Sam was active on his Tamarac condo board and had many friends with whom he played cards and enjoyed company. Sam and Shirley had two children, Pamela and Frederic, two grand-children Frances and Mitchell and three great-grandchildren, Benjamin, Griffin and Louise Smith. After Shirley passed away in 2015, Sam moved from NYC to live full-time in Florida.  In the spring of 2017 Sam and many veterans were treated to an Honor Flight in Washington D.C.  Since September 2020 due to the Covid pandemic, Sam has been living with his son and daughter-in-law Patricia, in Stoneham Massachusetts. 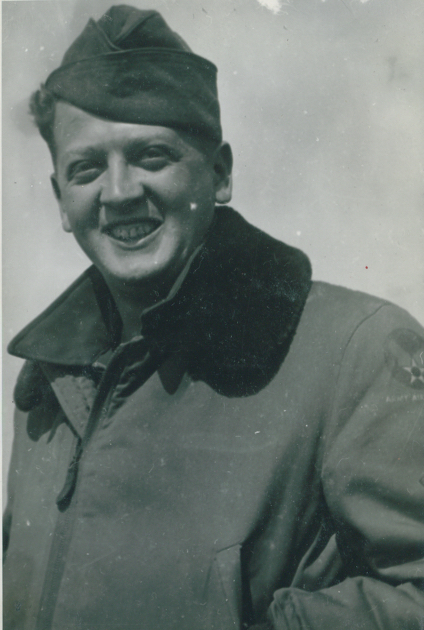